"The Roman Pontiff, when he speaks ex cathedra, that is, when carrying out the office of pastor and teacher of all Christians, by virtue of his supreme apostolic authority he defines a doctrine regarding faith or morals to be held by the universal Church, through the divine assistance promised him in blessed Peter, possesses that infallibility with which the divine Redeemer willed that His Church be endowed for defining doctrine regarding faith and morals; and so such definitions of the Roman Pontiff of themselves, and not from the consensus of the Church, are irreformable. But if anyone presumes to contradict this definition of Ours, which may God forbid: let him be anathema." 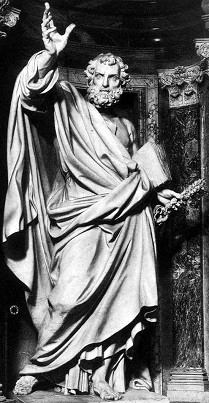 Prayer for the Pope II

O Jesus, invisible head of that Church which thou hast built upon a rock, and against which thou hast promised that the gates of hell shall never prevail, preserve, strengthen, and guide him whom thou hast appointed its visible head.
Grant that he may be the model as well as the pastor of thy flock. May he be the first in holiness, as well as dignity. May he be the worthy vicar of thy charity, as well as of thy authority.
Inspire him with an ardent desire for thy glory and for the salvation of souls; and give him faithful and zealous cooperators, who, by their example and works, will move and convert sinners, confirm the just, and lead them through the dangers of this life to the mansions of eternal bliss. Amen